Shrink-wrapped chocolates returned to pharmacy shelves across the nation last week as a freezing America turns its thoughts to candy and true love. But for Jozen Cummings, every day is Valentine’s Day. Cummings is the voice of Until I Get Married, a web diary of modern bachelorhood as told by a relationship expert. Last week he brought the stylish, certifiably brilliant Jason Moran onboard to curate a list of the five best jazz albums to play while you’re making out (“ol’-fashion style”). Guess who got number three? 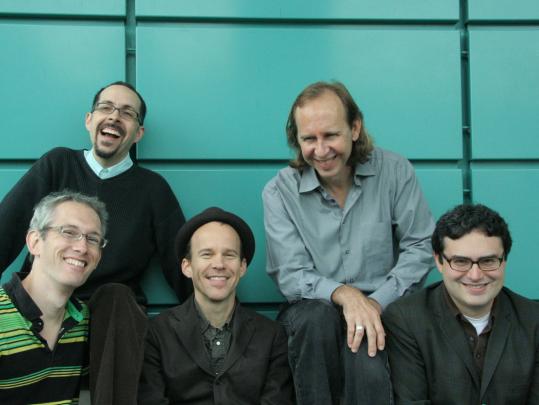 Now, if Royal Toast doesn’t seem offhand too libido-stoking, that’s because, as Moran puts it,

Turns out not everyone agrees with Moran. I won’t spoil the story, just the setup:

“John Hollenbeck, he’s also a very funny dude who feels very comfortable talking to his audience. He was telling me this story: After one of these gigs, a woman came up to him, gave him a note, and walked away…”

Reap the wisdom so hard won by John & Jason at The Until I Get Married Guide to Jazz.

Have you seen John, Musically?

Has John Hollenbeck set off a love reaction in your life? Does Claudia Quintet put you in the mood for makeouts? Drop us a line at johnhollenwebpr@gmail.com, or flag down our Twitter bird, @john_hollenbeck Don’t forget to consult our Live page to make sure you’re not missing out on any great upcoming John Hollenbeck action near you.

These words have been brought to you by Sir Jacques, Chronicler of John, to whom JH has ceded control of his online persona. All queries, complaints, kind remarks and general feedback regarding this blog may be directed to johnhollenwebpr@gmail.com